The technology of border mapping by deep azimuthal Multiple Propagation Resistivity (MPR) appears at the cutting edge of the reservoir navigation. The technology was invoked to detect borders of horizons at distance of several meters, to determine direction to the borders and spacing before them, with minimizing data pulsed throughout a hydro-channel.

A tool for deep azimuthal MPR developed by our company has entered commercial operation in 2014. The tool was developed with taking into account the best World practice accumulated while using its predecessors. The tool has Azimuthal sondes of three lengths and three frequencies that allows geosteerers to choose of optimal sondes set to fit to particular geology and even more, the tool has an ability to be switched between sets of sondes during drilling. Its azimuthal antennas are fully orthogonal to tool axis to give maximum sensitivity of measurements. The tool is totally symmetrical – all sondes have got flipped twins to compensate sondes drift and reduce wellbore effects.

During deep measurements, registering signals consist information about a number of horizons’ borders. A multiparameter inversion of registered data using special regularizing is realized in our company’s geosteering software to describe adequately such environment.

Adequate experiences of using the tool of deep azimuthal MPR are accumulated in Russia during geosteering wellbores in difficult geology of Tyumen suite of Jurassic, complicated by tectonic disturbances. The target reservoirs consist of irregular interbedding sands cemented by clay and lime with mudstones, siltstones and shale. Contrast of reservoir rocks conductivity against shoulder beds shaleone is extremely small. Such environment is the heaviest for border mapping. Moreover, enough high resistivity of reservoir’s rocks in combination with anisotropy and dielectric effects make using amplitude attenuation measurements impossible.

The paper will consist examples of tectonic disturbances determinations by the complex of logging while drilling including deep azimuthal MPR, analysis of jobs conducted in different geologies and conditions of deep azimuthal MPR workability.

Rose to Leading Scientist, he has been charged as team leader for core researching team.

2007 - Schlumberger, Geologist. Has been assigned as Well Placement team leader for Volga-Ural region.

2012-2014- Has been transferred to China as senior Well Placement engineer.

Make sure you enter the (*) required information where indicated. HTML code is not allowed. 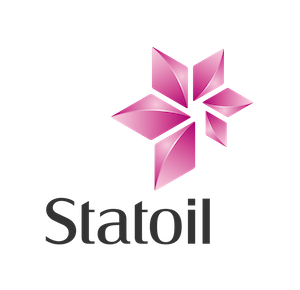